Eureka Environmental was formed in 2002 by industry veterans who believed there was considerable room in the multiprobe market for improvements in technology and customer service.

Eureka’s first multiprobe, the Manta1, was introduced in 2004. The Manta1 featured a number of industry firsts, including USB power for PC operations, a simple on-off switch for logging, an unbreakable cable connector, and a PDA-based field display that used the same user software as did the PC.

The Manta1 established Eureka’s reputation as a world-class contender in multiprobe performance and reliability and set a new benchmark for ease of use.

Eureka’s latest multiprobe, the Manta+ accommodates up to 12 sensors in one unit.  It incorporated the best characteristics of the previous Manta versions, plus the latest sensor and electronics technology and numerous features suggested by experienced customers. 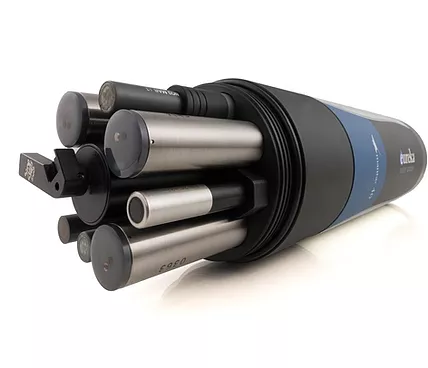 The Manta+ also feature a number of industry firsts, including “smart” sensors that were actually smart, LED status indicators, Bluetooth connection to Android devices, a true plug-and-play telemetry system, and a central sensor wiper. Thousands of Manta’s are used around the world in challenging applications in fresh and salt waters.

Get in touch with one of our specialists